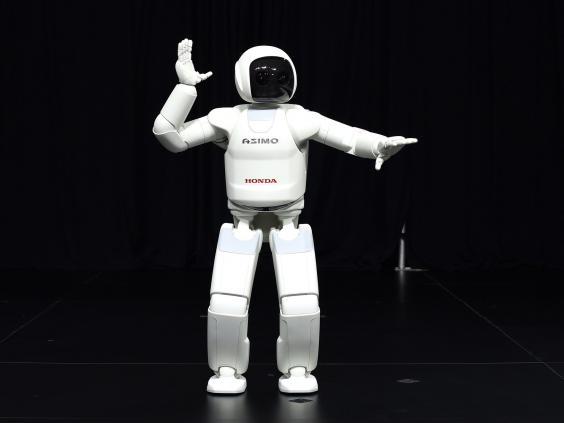 You hear this claim all the time – but is it true ?

Hans Moravec, doing work on AI. In 1998 he wrote that by 2010 he expected the first generations of robots doing normal house work. By 2020 he expected second generation of robots, self learning, auto correcting robots

By 2030 third generation, that work faster than realtime, and can therefore can simulate scenarios, and choose what is right, in real time.

Fourth generation will be in 2040 and will be self programming robots, writing their own code, in a language they themself have  invented.

So what is wrong with the above assumption ?

Even today researchers and scientists make the same mistake, the other day i saw an article “30% of all jobs in Denmark – gone in 20 years, will be done by robots”.

But could they replace the jobs of the dudes and dudettes loading stuff into the truck, not in 20 years. but why not?  -The short answer is to many different tasks involved, int to many different environments.

what steps do we then require to get funktional robots for the masses ?

I dont know, the fact is that i dont think anyone will know because it would be like asking how we could bring theater to the masses in 1850… the answer would be  – lts mass produce actress, and mobile theaters – I estimate this will be ready by 1950…. what you did not expect TV coming ?

Two ways of reaching the goal of robot technology for future homes.

I can say that there are many issues to be resolved before you will get a household robot, here are a few, and until all of these are checked off no one can predict a time frame.

♦ Building a 1:1 scale robot that can walk autonomous and way roughly the same as an adult, and have battery life of more than 4 hours. (wont even begin to speculate here)

♦have above robot programed so it in an unknown environment can move and find objects.(once you got the robot it will go fast)

♦Sofware and AI – and boy do we have a long way to go here – this is where i predict an industry disruptor – if we dont get that, it will take 50+ years. (don’t believe me… just look how stupid Siri really is – it can only handle predefined jobs.)

These are just a few obvious and they consist of sub problems in the thousands.

But wait… what if im sitting in 1850 and trying to predict how all could see a theater play ?

How to break the linear development